Winsoft’s Direct Office is a nice third party solution which bypasses the middle-man – namely Word – to create, open, and save DOCX documents.

DOCX is a standardized file format. It can be read using Libre Office, SoftMaker’s TextMaker and on-line Google Docs.

Using Direct Office, you can reduce the amount of steps, bloat and coding to access Word Documents. Take for example, a simple operation of opening a document:

Using the Word COM API, this is at least 35 lines of code. This includes exception checks, querying Word, if Word Document is already opened or not.

In DirectOffice, access to Word Documents is less than 4 lines of code on average.

What if I told you, you could create and save Word Documents between 110% to 500% faster than using Word itself?

The estimated time to run the above code in Word for a lenghtly document, is ~ 3 minutes. If you were doing data-processing on a large document, it could possibly take upwards between 30 minutes to days.

The estimated time to run the above code in Direct Office is in seconds.

If your customer does not have Microsoft Word installed, or using a competing Word Processor, such as Google Docs or Libre Office, your applications built using DirectOffice can still function. Prior installation of Office or Word is not necessary.

Winsoft sells the full-version at the website, which can open Word, Excel and PowerPoint documents. Your customer’s time is important. Which solution will you choose?

Like what you see? You can get Direct Office and over 100 other fantastic WinSoft components with our Enterprise Component Pack. For a limited time, when you purchase RAD Studio Enterprise or Architect Edition at special Upgrade Pricing, you will also get this package of third-party software worth over $13,000, including the full WinSoft Component Library, at NO EXTRA COST! Step up to RAD Studio 10.4 today! 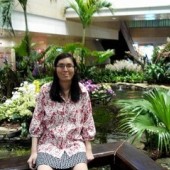 Technical Director at Polywick Studio. I have over 10+ years of experience using Delphi. I am a member of the Add-in-Express ADX Team, I developed ZPAY Payroll System, made using Delphi.

Worth reading...
RAD Studio 10.4 Patches
We use cookies on our website to give you the most relevant experience by remembering your preferences and repeat visits. By clicking “Accept”, you consent to the use of ALL the cookies.
Do not sell my personal information.
Cookie SettingsAccept
Manage consent