What Is It Like To Be A Developer Frank Lauter?

Hello. This article is part of a series where we speak with professional software developers who use Windows tools for developers, ask them what it’s like to write code for a living, and perhaps gain a few insights into the software development industry along the way.

Today we’re talking to German developer and Embarcadero MVP Frank Lauter. Frank has been a developer for 39 years. He has his own company which sells their own applications and has done so for 35 years. He says “I’m, of course, a big Delphi fan and I’m using Delphi and Turbo Pascal since version 1.0”. Frank is one of a handful of developers who chats with me fairly regularly on Skype where we swap programming notes, developer gossip, and nerdy Star Trek kind of stuff.

Hey Frank, thanks for doing the interview, I really appreciate it.

How and/or why did you become a developer?

This was the natural progression.

Do you think you will ever stop being a developer? If so, what would be next?

What made you start using Delphi/C++ Builder?

Pascal was the third language I’ve learned, first was Z80 Asm, then BASIC and UCSD-Pascal. So, Turbo Pascal 1.0 was the next way to go on a non-Apple Hardware. The next stage was Delphi.

If you could give some advice to a student who is considering a career as a software developer, what would it be?

Spaces – Tabs are horrible… I don’t agree with Richard.

What’s the best day you ever had as a developer?

When I reached 1000 customers.

What’s the worst thing about being a developer?

Threads are your friends.

Work from home, work from an office, work in an open plan / shared space? What do you prefer and why? Do you get to choose?

I would really like to try to work in a google -like-office space. But I’m in home office since more than 10 years.

Tell us something interesting we don’t know.

I don’t know what you don’t know. [After Frank’s answer I changed this question to “tell us something interesting you think we might not know”. You can always trust a good developer to be brutally correct about questions and answers! 😂 – IanB]

If you could wave a “fix the tech industry” magic wand what would you change?

I would remove Java and Python from this world and educate all the Python and Java developers that there is hope at the end of the tunnel, and the name is “Delphi”.

Have you ever met any famous/well known tech figures? Who was it? How did it go?

David-I – One sentence from him will always remain in my memory: “We are developers, we rule the world”

If you could convince someone to consider Delphi or C++ Builder what would your method be, how would you do it?

I have my own criteria for what I accept as programming language. The compiler must generate CPU code. All languages that interpret the source are only scripts. The generated application must run on the target operating system without the need to install a runtime library. And that’s where it gets tight. There is one exception and that is the JIT compiler, which can optimize any P-code on the target platform (that was the idea).

From my point of view, currently only Delphi, C++ and C# remains. I can only laugh about languages that are considered fast, but are actually only so fast because the library is written in C… So if you want to learn a “real” language take Delphi – and you will always find a job.

Which tech product do you wish you invented/designed and why?

I had invented a graphical browser on our own BBS, before anybody had seen a browser and HTML.

If you could live your life again would you still become a developer? Why?

Yes, because every day is different. Of course, there are bad days, where you debug your stuff over hours and don’t have a clue why something is not working, but most of the days I love to develop stuff. Perhaps If I could, I would give my younger version a hint: “Try to limit your time in front of the screen, and sell your knowledge!”

How many coffees do you drink a day and is it enough?

Are you a night hawk who codes until late in the evening, a morning person who gets up early and right into or do you keep to some sort of regular office hours?

In your career have you ever “pulled an all-nighter” to deal with something which absolutely had to be done?

This happens every month… But as I’m getting older, I try to ignore deadlines.

Describe some other things you’ve done in your career which might give readers a background into what makes a developer.

I think I’ve done many things that are worth to mention, but I like to turn the question a little bit around. A great developer alone can develop great stuff, but without someone who can make money out of these great things are just for your own ego. You need a good sells-person and developer aren’t.

What is the most stupid question you get asked (none of these count!)

Do you quote for work with clients? If you do, without revealing anything which would make you uncomfortable what sort of process do you use?

Yes, no process, every customer is different and I’m always to cheap.

To be honest, you can’t. The trick is the balance between – the feature costs extra and of course I can still do that.

Describe a typical coding session for you. How does it start? Do you take breaks? Do you have any rituals/habits to accompany it?

Wake up – coffee and go… Breaks… if I get stuck on a problem, I take shower to think about it.

Do you listen to music while you code? If so, can you tell us a few tracks/artists/performances?

Do you use any methods or techniques such as Agile, Scrum, Kanban, TDD? If so, why? If not, why?

TDD is fine for complex stuff. I really like it. I have a ticket-system to remember what to do.

Do you track bugs? If you do, what do you recommend?

Bugs? I should do… I have it on my #todo-list for 20 years. For everything else we use JIRA. Not as good as I would like it, but it’s doing the job.

What’s the best question you’ve ever been asked at an interview and how did you deal with it?

Where did you learn all this? Over time…

Have you ever had a technical interview which went super-smooth – if so, what’s your advice for others? If you’ve had a disastrous interview what went wrong and do you need a hug?

Most of “my” tech-talks are smooth. I know what I know and I also know what I don’t know. Don’t be afraid to say – “sorry I have no clue about this topic”. I did a talk on an event for another company for a product I never used. This was a bad idea, but I managed to make the best of the situation.

Knows their limits and can google.

Only googles for source to copy and paste.

iPhone, Android, Other – and why?

iPhone. Better eco system. Everything is working together.

For a developer: PC vs Mac? Why?

Mac? I like Big-Mac’s. For development I dislike the Linux/Unix OS underlaying the MacOS.

What is the one thing you would like to be remembered for?

The first developer who said “FMX is the future“.

What is the best developer/hacker/tech/geek movie?

No Question: “Halt and catch fire”. I find myself in every scene. [Me too! – IanB]

The knowledge of Since-Fiction. A developer is an artist who wants to create the future. So, you have to watch Syfy movies to become inspirated.

If a movie was made about your life, who would you want to play you?

Lucifer Morningstar – I have no clue.

Do you have a book, product or service you’d like to mention?

I don’t read books… I would like to have the time to write one about Delphi. Because as a senior developer every Delphi book has only 20 interesting pages. (Sorry folks).
Products: Of course, everybody (also VCL developer) should by Firemonkey Development Kit (FDK) and my upcoming #DMVVM Framework.
Beside this, I have open slots for consulting. (In person or remote)

Do you have a website people can visit, if so, what is it?

What’s your preferred method of contact from potential clients? 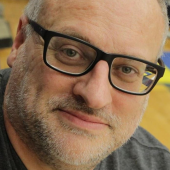 This Is How Technology Is Changing Windows IDE's Treatment

Is Java Dead? What Is the Best Alternative?

This Is How To Improve the Performance of .NET Apps