This is part of my series on developing with Chrome OS

You need to put your Chromebook in Developer mode, which wipes the local storage, so you are better off doing it sooner rather than later. Also keep in mind it may void your warranty.

It would appear the steps can vary from device to device, but it seems like most of them support these steps . . .

You need to use [Ctrl]-[D] everytime you boot to stay in developer mode.

You need to get to the Chrome OS terminal window which is called crosh. By pressing [Ctrl]-[Alt]-[T]. At the crosh level there are some commands you can accomplish, or you can type shell to drop to the actual Linux shell. 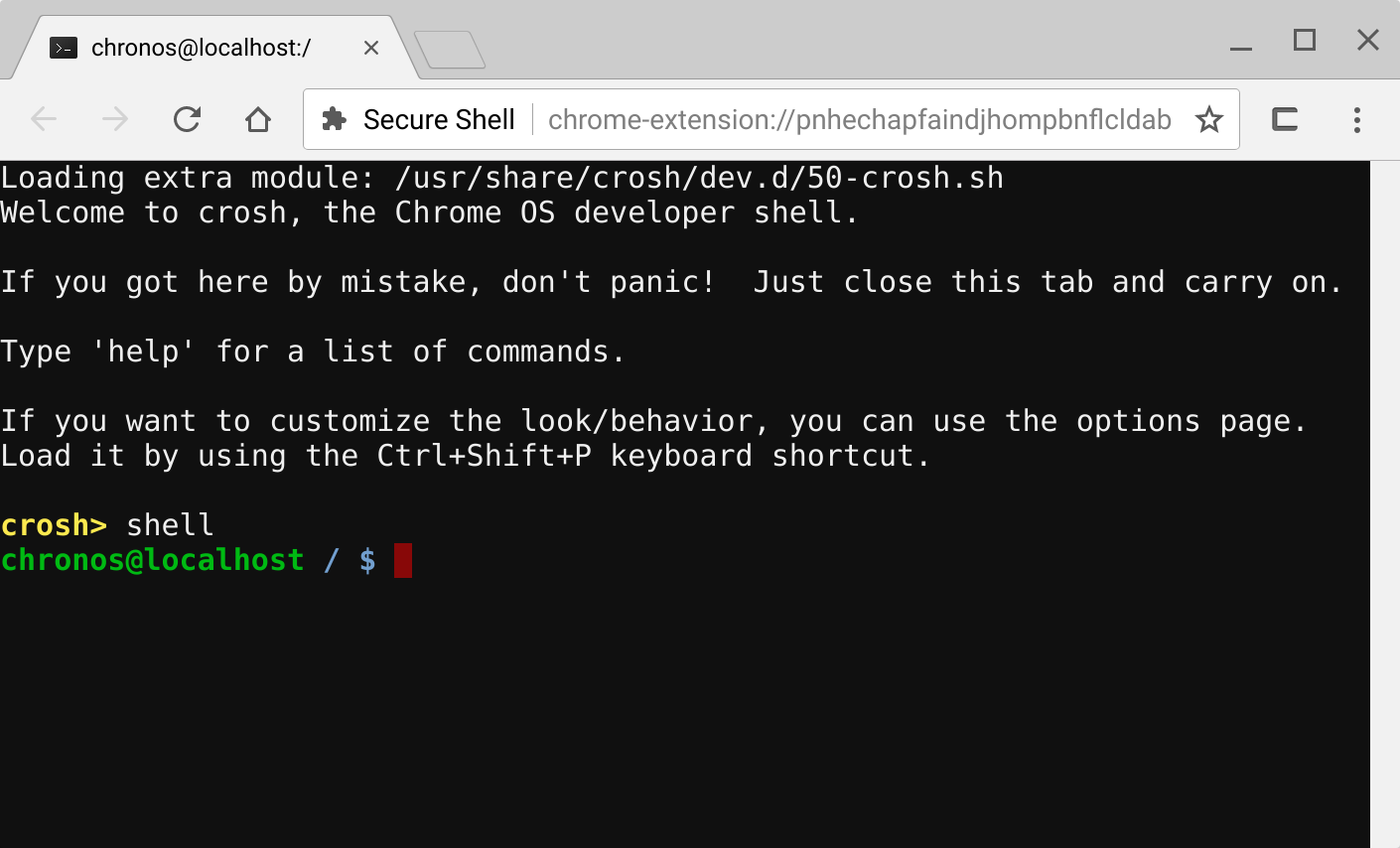 If you type uname -a you will see something like

There also is the Virtual Terminal 2 (VT-2) shell which you access by pressing [CTRL] [ALT] [==>] (the forward arrow is where F2 should be, and is different than the right arrow key). This terminal gives you access to some additional commands. For example if you want to set a password for your user account on the crosh terminal you do that from VT-2.

This is part of my series on developing with Chrome OS