Hello everyone and welcome to InterBase RDBMS! This is the first blog post of a series that introduces the InterBase multiplatform database to .NET developers. The idea is to present InterBase to the .NET community, ranging from an overview of what InterBase is, installation and configuration, connecting to InterBase from .NET and how to deploy InterBase – not only in the client/server model, but also embedded in your app.

InterBase was one of the first enterprise-grade relational databases ever produced. Since its inception it is based on a superior versioning architecture still unmatched by many popular databases. It was also the first DBMS to implement Multi-Version Concurrency Control (MVCC). MVCC is referred to as Multi-Generational Architecture in InterBase.

To make a long story short, InterBase was invented in the 80s by Jim Starkey, than sold to the (famous by that time) dBase product owner Ashton-Tate, which in turn become part of Borland circa 91. Fast forward, the Borland dev tools division become part of Embarcadero in 2008, and – finally – Embarcadero become part of Idera Group in 2015, and here we are!

Read this article to know the latest updates on the dot NET framework or any upcoming successors and its features.

InterBase remains in continuous development since his inception, and each new release brings a set of new features, but always aligned with the mission to maintain 100% backward compatibility and provide no-friction migrations.

Curious fact:
– Around the 2000s Borland decided to open-source the InterBase database, giving birth to Firebird, the open-source incarnation of InterBase 6.0. Right after that Borland made a turnaround and began releasing new commercial versions of InterBase. Today InterBase and Firebird are very different databases and not compatible between each other anymore, as InterBase introduced many new features that are not present in Firebird.

Below there is a table showing the InterBase versions after 6.x, as well the official support status for each one:

Below you can see a comparison of the different editions available on InterBase.

InterBase has an interesting list of features that we’ll explore along the upcoming posts in detail, but I’d like to highlight here the ones that for me sets InterBase apart from other options in the market.

To wrap up this first post I’d like to share some of success cases we have recorded recently with InterBase. There are many others but I do think the ones below will give you an interesting perspective of what InterBase can do for you: 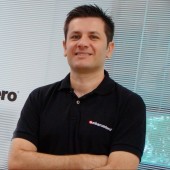