Have You Made Your Application Server HTTP/2 Ready?

In early 2015, HTTP/2 was introduced as the new standard by IESG. This standard makes your application faster, simpler, and more robust. In this article, we take you through the differences between HTTP/1 and HTTP/2, the benefits, using HTTP/1 and HTTP/2 with windows tools for developers and some key terms.

Why should I use HTTP/2?

Converting from using HTTP/1 to HTTP/2 brings the following benefits:

SPDY was an experimental protocol, developed at Google and announced in mid-2009. The primary goal with SPDY was to try to reduce the load latency of web pages by addressing some of the well-known performance limitations of HTTP/1.1. Since 2012 the new experimental protocol was supported by the Chrome, Firefox, and Opera web browsers. A rapidly growing number of sites, both large and small, were deploying SPDY within their infrastructure. In effect, SPDY was on track to become a de facto standard through growing industry adoption. After a lot of discussion within the working group, the SPDY specification was adopted as a starting point for the new HTTP/2 protocol. If you want to read more about this click here for the full story

What are the key differences between HTTP/1.x and HTTP/2?

The most significant changes between HTTP/1.x and HTTP/2 are :

For the official “RFC” document describing HTTP/2 you can go to the following link: https://datatracker.ietf.org/doc/html/rfc7540#section-4

What are the performance differences between HTTP/1.x and HTTP/2?

The really great thing about Delphi is that we can already use the latest technology so that server applications with the HTTP/2 protocol can be implemented by developers. One of the Embarcadero Technology Partners, namely ESEGECE, has created a HTTP server component which implements the HTTP/2 protocol.

Let’s compare the performance difference between the HTTP/1 and HTTP/2 using ESEGECE’s components. You can download a trial version here: https://www.esegece.com/websockets/download

Here’s a video taking you through the demo:

RAD Studio Delphi gets your applications from idea to reality with maximum speed and efficiency. Why not try it for yourself today? 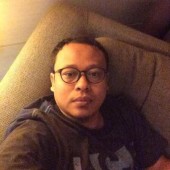