Would it be nice if you can have a protective layer on your computer to prevent bad things from happening when you run strange things from the internet or open strange attachments? Well, you can – with the Windows Sandbox.

What if we tried testing, coding, and development in a sandbox with Windows app development tools? What do you think of the results?

What is Windows Sandbox?

Note that you need to be using the Pro or Enterprise versions of Windows to enable the Windows Sandbox feature.

How do I enable Windows Sandbox?

To enable Windows Sandbox extension in your system, just open the Windows Feature control panel, scroll down the list and then tick “Windows Sandbox”.

If the option is grayed out, usually, you need to open your computer’s BIOS and enable hardware virtualization to support the Windows Sandbox. You check how you can do this at your computer manufacturer’s website. If you are already running similar virtualization systems such as VMWARE, Hyper-V or VirtualBox you should find BIOS changes are unnecessary and it will just be a matter of ticking the checkbox shown above. If you do not see the option for Windows Sandbox check you are not using the Windows Home version which doesn’t support this feature.

What is the difference between Windows Sandbox and a virtual machine such as VMWARE or Hyper-V?

So, it is like a virtual machine but, it does not have any of the setup steps such as installing the “guest” operating system. The “guest” in this case is a ready-to-go copy of the same version of Windows as the one installed on your computer. Unlike other virtual machines each time your start a new Windows Sandbox instance it is ready to go immediately. With other VMs in order to begin from a “clean” starting point you typically either launch from a known snapshot (which might have a load of updates to install afterwards) or perhaps be running right from the point of initial installation of the operating system in the guest VM.

With regular virtual machines you might have a number of other additional configuration steps to follow before you have a usable “clean” VM environment. Moreover, if you get a system error or any other problem, you might need to reconfigure and install the guest operating system again. Windows Sandbox avoids all of that unpleasantness by running what is, in effect, a mini clone of your current computer complete with all the patches and updates.

What other things should I know about Windows Sandbox features?

When you initialize Windows Sandbox, there will be no applications installed, but you can access your clipboard. Network access is there and GPU acceleration is also available. Also, you can share folders from the host with read and write permissions. So, if you’re trying out a suspicious executable it is better not to permit the Sandbox to access the host’s directories.

Some users say it like Incognito mode for the entire operating system. 🙂

If you are trying out an unfamiliar application or you have an attachment that you are not sure of, the Windows Sandbox gives you a relatively safe place to test it out.

Make sure you don’t use Windows Sandbox for the installation of software which has a one-time license key or has a ‘per seat’ restriction. All Windows Sandbox instances are temporary. When you close them all the software, files and any ‘state’ data such as registry settings are completely eradicate. The next time you open a Windows Sandbox you get a brand-new clean back-to-the-beginning instance.

What is a quick summary of Windows Sandbox?

So the Windows Sandbox is very flexible and very handy fast Windows virtual machine. It is super handy to have a Windows Sandbox on your machine where you can quickly spin up a copy of Windows do something and then, when you close it, all activity and things installed are automatically wiped out and reset. It’s perfect for testing installations or new features in your apps as you develop them – safe in the knowledge a nasty bug in your code will not cause problems you can’t easily and safely undo. 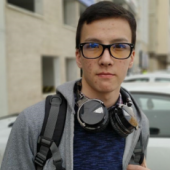 This Is How To Improve the Performance of .NET Apps

This Is How To Explain Automation To Your Boss

How To Make Transparent Apps And Use Sepia Or Emboss Effects

Everything You Need To Create Windows Apps With C++