Our refocusing efforts on quality assurance and bug fixes for C++ Builder has never been more clear than in 10.4.1. While we appreciate your patience, we don’t take it for granted. We have never been more energized to build on the solid foundations of C++ Builder and will continue this push in later releases throughout the year.

Some highlights from this release:

Our goal is to return C++ Builder to a stable and efficient IDE. Once we are comfortable with that foundation, we will turn our attention to bigger and better things. We hope to update code completion and replace the Win64 linker entirely over the next year which will provide much better in-IDE productivity, as well as assisting you linking large projects. Keep an eye out for more news as 10.4.2 comes to light.

On our roadmap is the integration of Visual Assist into C++Builder. We’re focusing on its top features first, such as code completion, find references, navigation, and refactorings, as candidates for the first release. This is underway. Visual Assist’s C++ parser currently understands our C++ extensions (properties, closures, etc) and we are researching several approaches to IDE integration. To learn more about Visual Assist take a look at https://www.wholetomato.com/features. Give it a try in Visual Studio and if there are features you’d like us to include for C++ Builder, send us a feature request.

Our work increasing C++Builder compatibility is ongoing, and we’re seeing very good results. You may remember from a previous blog post that we are taking common open source C++ libraries, and ensuring they work with C++Builder. (Several new ones will be on GetIt soon.) Not only does this mean you have common useful libraries more easily available to you, but it means that you are more likely to be able to easily pull in any C++ library you want to use.

These efforts have borne fruit: not only do we have several libraries in GetIt, with more coming soon, but the work to do to use a library in C++Builder has changed. These days, it’s usually straightforward, mostly handling macros (ifdef-s) written for MSVC or GCC to also acknowledge Embarcadero or wrap the right code. The vast majority of RTL or other methods exist and libraries can be used well. Often, a library compiles straight away. If you have a library you’re interested in, we suggest trying it out with C++Builder 10.4.1: there may be small modifications to make, but overall compatibility should be much improved.

This year is the first Desktop UX Summit – a free online conference on desktop application design, from a wide variety of speakers often not connected with or using Embarcadero technologies. We want to bring awareness of desktop application design to developers in general, not just our own customers. It’s got some great sessions, and is free! So mark your calendars for September 16th and 17th and visit https://summit.desktopfirst.com to register!

In other news, as we are reinvigorated to produce quality tools for C++ development, we would like to introduce you to our latest Open Source low footprint Text Editor, Embarcadero Dev-C++.

Embarcadero Dev-C++ is a new and improved fork of Bloodshed Dev-C++ and Orwell Dev-C++. It is a full-featured IDE and code editor for the C/C++ programming language. It uses MinGW port of GCC (GNU Compiler Collection) as its compiler. Embarcadero Dev-C++ can also be used in combination with Cygwin or any other GCC based compiler. We were able to package this with a very low memory footprint because it is a native Windows application and does not use Electron. To top it off all work on updating this fork was done using the latest version of Embarcadero Delphi. To download this and other free tools head over to https://www.embarcadero.com/free-tools/dev-cpp

Finally, a roundup of recent C++ news and blog posts! 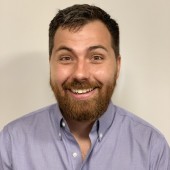 5 Ways To Improve Your Code: What You Need To Know

How To Control Windows 11 Rounded Corners In Your App

Everything You Need To Build A Website Scraping App